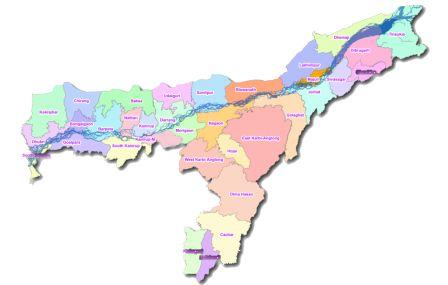 GUWAHATI – Any soldier of the Assam Rifles can now enter your house, search it, and arrest you… without a warrant, just like that! Your rights under the constitution have just been suspended if you happen to live in the Northeast border districts- and all in the name of fighting insurgency. And, one may add, that local governments in the region say that insurgency is dying! Mind you, The Government hasn’t declared an emergency.
At a time when the northeastern states are demanding repeal of the Armed Forces (Special Powers) Act, the Narendra Modi government today authorised the Assam Rifles to arrest anyone and search a place without warrant in the border districts of Assam, Arunachal Pradesh, Manipur, Nagaland and Mizoram.
According to an official notification, “an officer of the rank corresponding to that of the lowest rank of members of the Assam Rifles” has been given these powers under the Code of Criminal Procedure.
Assam Rifles personnel will exercise these powers and discharge their duties “under sub-section(1) of section 41, sections 47, 48, 49, 51, 53, 54, 149, 150, 151 and 152 of the CrPC within the local limits of the area comprised within the border districts of Assam, Arunachal Pradesh, Manipur, Nagaland and Mizoram,” the notification said.
The Assam Rifles is the leading counter-insurgency force in the Northeast. It also guards the sensitive India-Myanmar border. The Armed Forces (Special Powers) Act (AFSPA), which is operational in some parts of the Northeast, also empowers the Army operating in the region.
Recently, a parliamentary panel attached to the Ministry of Home Affairs had commented that it is unable to comprehend the divergent perceptions of the situation in Assam. On the one hand, the Home Ministry has asserted that there has been an improvement in the security situation in Assam and, on the other hand, the area declared as disturbed under the AFSPA, has been increased.
It also noted that the Assam government has notified the whole State as a disturbed area on the plea that it is not the appropriate time to reduce the area under the AFSPA. This is a paradoxical situation that needs to be resolved.