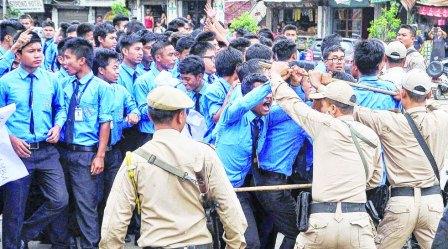 Private schools, pre-nurseries, and so forth which are operating without required government consent are to face a crackdown in the State of Arunachal Pradesh.

Arunachal Pradesh Education department on Thursday has cautioned parents and wards in the State against taking admission in unrecognized institutions.

Through a statement issued to the media recently, the Education department advised the parents and wards to check for proper documentation before seeking admission in any private school.

The official release further stated that running of private institutions without government recognition and prior approval from the competent authority is illegal and in violation of Section 18 of the RTE Act, 2009, and the Arunachal Pradesh Education Act, 2010.

The release also stated that the ‘number of recognized, unaided private schools in Arunachal Pradesh is 524, and the number of those which have applied for recognition is 239’.

The Education department through the release also warned that ‘necessary action as per law is being initiated against these institutions’.