Mathematician Vashishtha Narayan passes away at 77 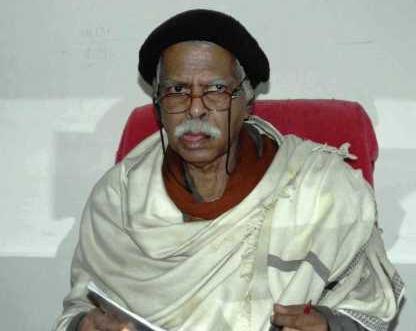 Renowned mathematician Vashishtha Narayan Singh passed away at the age of 77 at PMCH hospital on Thursday after a prolonged illness.

He was diagnosed with schizophrenia while still in the US after which he had returned to India in 1974.

One of the family members said that Singh was taken to PMCH after his condition deteriorated, but the doctors declared him brought dead.

Ayodhya Prasad, younger brother of Singh, alleged that Singh’s body was kept in the open, outside the hospital, as the hospital management kept them waiting for an ambulance for over 45 minutes.

The hospital delayed about 45 minutes in providing the ambulance to take the body to home. We talked to few doctors and administrative people of hospital. Later, the ambulance was arranged when some of our relatives talked to higher authorities,”said Singh’s brother Ayodhya Prasad, as per the local reports.

The hospital administration and state government came under attack after pictures and videos of Ayodhya waiting for ambulance with his departed brother was circulated on social media.

Soon condolences for Vashishta started pouring from across the country. Nitish announced that Vashishta will be cremated with full state honour. He went to PMCH to pay tribute to the legendary mathematician and expressed grief over the demise of mathematician and said it has caused an irreparable loss to the state and the country.

President of India, Ram Nath Kovind tweeted “Sad to hear of the passing of Dr Vashishtha Narayan Singh, a mathematics genius and a scholar of great repute. Condolences to his family, friends and colleagues”.