Catholics across India , be they clergy, religious or laity, give witness to the Lord Jesus by leading lives of compassion, service and peace. When non-Catholic brothers and sisters who observe their lives and worship wish to lead similar lives, they are free to do so, said Most reverend Leo Cornello, Archbishop of Bhopal in his address on the occasion of the Centenary of Patna Archdiocese on Thursday (November 29). He strongly refuted the divisive narrative being sown in the country, accusing Christians of converting Hindus through fraud and coercion.

His Eminence, Oswald Cardinal Gracias, head of the Catholic Bishops Conference of India (Latin Rite), spoke about the special commitment of the Catholic Church in India towards peace and reconciliation. He made it clear that following in the footsteps of Christ, the Church reaches out to the poorest, most dis-empowered people – in God’s Kingdom every person has value and dignity.

Ecumenism and mutual respect for all streams of religious thought was one of the important messages sent out on the occasion of the centenary celebrations of the diocese. Eminent clergymen and religious women from the Sikh, Hindu, Muslim, Baha’i, Buddhist and Jain faiths were honoured by Archbishop William D’Souza of Patna in an evening cultural programme attended by thousands of people.

The culmination of a year of thanks to God and celebrations on the occasion of the 100th birthday of Patna diocese in the Eastern Indian state of Bihar was a historic event in itself.

In the morning, His Eminence Oswald Cardinal Gracias led 38 brother bishops, about 200 priests and an estimated 6,000 Catholic faithful in a grand High Mass, that was broadcast via the internet.

His Grace Archbishop Paul Simmick of Nepal was among the Bishops present.

Never had the people of Patna witnessed such a grand gathering of prelates. “What is also remarkable is that Our Patna Diocese had its first Holy Mass officially broadcast over the internet with people watching from as far away as California and Tanzania,” said Anand Kumar, a viewer from Delhi who watched “every minute of the Mass” and the evening cultural event as well.

Sr Remya SND and team put together the main event of the evening, a dramatized journey of the 100 years of Patna Archdiocese. Sisters of the Holy Cross, Sisters of the Sacred Heart, Medical Mission Sisters, Apolostic Carmel, Sisters of The Assumption, and CJ sisters took on key responsibilities throughout the centenary.

Fr Nandu Kumar used his musical creativity to craft the centenary song and centenary album, which was released on the occasion.

Parish priests from all over the Archdiocese, cooperated wholeheartedly, and ensured that parishioners and youth participated in the various events held at different venues in the Patna diocese.

Catholic schools, colleges and other institutions were closed on the occasion, to enable all the faithful to participate in the celebrations on the 29th November, that marked the official closing of the Centenary Year. 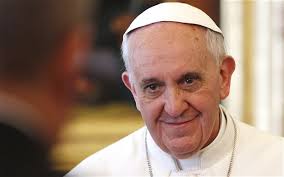 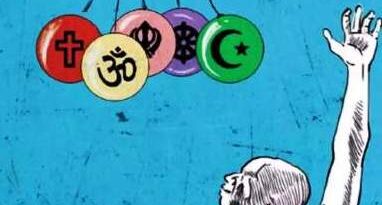 After 16 months, Goa activist’s body to be buried