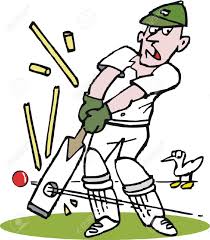 As of now, cricket is the most popular sport in India. What made cricket even more prominent was the Indian premier league also known as IPL. Basically, the league was set up by the Board of Control for Cricket in India in 2008. IPL is played in a twenty20 format and currently, there are eight teams contesting in this tournament.

IPL stands as one of the top leagues in the world. By seeing the success of IPL, other countries also started their own league like Big Bash league by Australia, BPL by Bangladesh, last but not the least CPL by West Indies.

Now specifying this year’s IPL, I think it is a great decision by BCCI to conduct IPL in UAE. As we know, COVID-19 ha saffected the entire world specifically India, which now ranks 3rd in the number of COVID-19 cases, there are more than 18 lakhs cases here in India.

Amidst this pandemic, we all know how vulnerable India is, so it is very unsafe to carry out IPL 2020 in India. On the contrary, UAE has 61 thousand cases as of now which is very meagre when compared to India.

More than 55 thousand people have recuperated. There is a huge difference between the statistics of India and UAE in terms of COVID 19. If we see the safety issue, then this is surely a great decision by BCCI.

Another significant reason is UAE had proposed to BCCI that they will be delighted to host IPL 2020. The UAE is no alien to hosting the IPL. In 2014, due to general elections in India, IPL moved to UAE for its first half which was the first 20 matches of the edition.

The news of the IPL taking place is like a breath of fresh air for all the fans. Furthermore, the IPL will also bring change for the fans of cricket who have been desperately waiting for their favourite cricketers to play on-field. It is extremely sad that the fans will not be allowed into the stadium for the initial matches, but of course, they can enjoy the game from the safety of their homes.

IPL is much more than a global tournament. It helps a lot of people specifically the players to earn their bread and to carry forward their livelihood in a sleek manner.

IPL is also a means for other forms of earning like event management, hospitality, transport, catering, aviation, and many others. These industries have already been adversely impacted because of the coronavirus pandemic. If IPL is conducted, then all these industries will also have a business.

If there will be no IPL this year, players will have to suffer financially and professionally also. The BCCI chairman Sourav Ganguly stated that not conducting IPL this year will cause a loss of whopping 4000 crores. This will lead to a huge pay cut for the players. He had also highlighted the financial restrictions that BCCI will face. He said that the governing body will probably have to enforce pay cuts among its employees if the cash-rich league gets cancelled. IPL also provides the opportunity to the youngsters who dream to play for a country.

Also, if we talk about infrastructure, which plays a very crucial role in hosting any sort of tournament, UAE stands at the top.  They have got the best cricket stadiums with a well-equipped cricket facility. The Sheikh Zayed Stadium, Dubai cricket stadium, and Sharjah cricket stadium are few of the best stadiums in UAE.

Most importantly you do not have to travel by flight from one city to another, you can simply drive down. They have luxurious hotels for teams and all the staff to stay. Another important thing is a lenient quarantine protocol in UAE. Currently, those travelling to UAE after getting a negative test report who again tests negative on landing will not have to undergo quarantine.

But the best thing that will happen if IPL is conducted in UAE will be that it will pave the way for better and improved relations between both the countries. Time has been a testament to the fact that sports have always brought countries together. Sportsmanship has bettered several broken relationships or made even better relationships from the already good ones.

Therefore, a healthy season of IPL will prove to be a boon to the diplomatic relationships between India and the UAE. The conduct of IPL will save the BCCI from incurring heavy losses in an already tough financial situation.

2 Responses to "A Dubai IPL? Howzzat!"