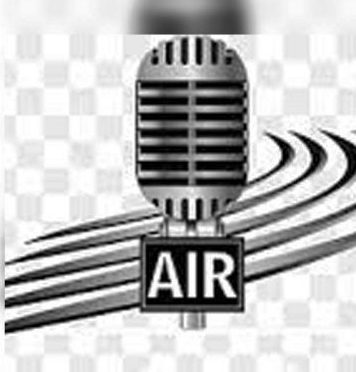 Radio lovers all over India breathed a sigh of relief when Prasar Bharati on Wednesday clarified that no All India Radio (AIR) station is being closed anywhere in any state across India. AIR is also piloting Digital radio transmission, the release said.

Taking a serious note of what it alleged was ‘false reporting and fake news’ claiming closure of All India Radio (AIR) stations across India, Prasar Bharati made it clear that “these reports are baseless and factually incorrect”.

Prasar Bharati stated, “no AIR station is being downgraded or converted anywhere in any state or union territory”.

Also, “all AIR stations will continue to originate local programming” in line with linguistic, socio-cultural and demographic diversity furthering the mission of AIR to nurture local talent, said a statement issued on Wednesday by the Ministry Of Information & Broadcasting.

Prasar Bharati said it is moving ahead with its plans to strengthen the Akashvani, All India Radio, AIR Network with several key projects ready for implementation during 2021-2022, expanding its network with more than 100 new FM radio transmitters across India.

The AIR Network, comprising few hundreds of stations and several hundreds of radio transmitters, is one of the world’s largest public service broadcasting networks.

With 48 Satellite Radio channels available on DD FreeDish DTH Service, local and regional voices on radio stations from across India now have a nation-wide platform to make themselves heard, the ministry stated.

“Prasar Bharati is also moving ahead with its plans to introduce Digital Terrestrial Radio in India. Select AIR channels are already available through Digital DRM technology to the listeners in many cities/regions on an experimental basis,” the I&B ministry stated. Listeners in these cities/regions can experience the power of Digital Radio through a choice of multiple radio channels available on a single radio frequency in digital mode, it said.

“Prasar Bharati is also in advanced stage of testing Digital Technology options for FM Radio and a standard for the same will be finalised soon to herald the rollout of Digital FM Radio in India,” the ministry added.