The National Solidarity Forum on Saturday (August 21) announced the recipients of its first ever ‘Kandhamal Award for Human Rights’. The Awards will be presented on August 25 at a virtual event.

The individual award has gone posthumously to Odisha based social activist  Paul Pradhan, who  died this year, aged 72, and the award for non-governmental organizations and groups has gone to Peoples Union for Civil Liberties (PUCL).

Pradhan had launched a social service association working for the  health, education, women empowerment, and the rights of Dalit and Adivasi communities, in the aftermath of the  2008 anti-Christian violence that affected Kandhamal district.

The late Paul Pradhan was from  Bareguda village , a part of the Sacred Heart Padangi parish of Kandhamal district, in the  Cuttack-Bhubaneswar Archdiocese.

The National Solidarity Forum (NSF) announced the name of PUCL for the Kandhamal Award for Human Rights for its sustained work in safeguarding Constitutional guarantees and human rights of peoples and groups across the country.

The Delhi-based PUCL, with chapters all over the country,  has worked tirelessly over the past 30 years to protect the powerless and help create a truly democratic and a just society, NSF said in a press release.

PUCL is a human rights body formed in 1976 by Jayaprakash Narayan, a Gandhian and proponent of Total Revolution. Initially it was called the People’s Union for Civil Liberties and Democratic Rights

NSF convener Ram Puniyani said the awards would be presented by Justice A P Shah, former chief justice of Delhi High Court and a former chairman of the Law Commission of India, at a webinar on August 25, which is commemorated every year as the Kandhamal Day.

Usually, NSF commemorates the annual Kandhamal Day on August 25 with mass meetings in Kandhamal, Bhubaneswar, New Delhi and other places. This year, however, the covid-19 protocols disallow mass gatherings.

A webinar with three well known personalities : Justice Ajit Prakash Shah, whose landmark decision struck down the infamous section 377 of the Indian penal code;, former Chief Election Commissioner S Y Qureshi; and noted film and literature personality Javed Akhtar, will be the guests of honour at the first ever Kandhamal  Award presentation ceremony.

The webinar will address the theme, “In Defence of Human Rights and Democratic Freedoms.”

“Kandhamal violence is a unique case of multiple violations of basic human rights and the dignity of the most vulnerable groups. Justice is yet to be done and rights to be restored,” said the statement

National Solidarity Forum (NSF), comprising over 70 human rights organizations, has set up two awards to honour victims and survivors of the 2008 mass violence against Christians in Odisha state’s Kandhamal district. The NSF came together in the wake of the 2008 violence, and worked on various issues relating to trauma, counselling, rehabilitation and advocacy for justice.

What is the background?

On August 25, 2008, an organisation of Hindu hardliners used the death of one of their religious leaders as a pretext to unleash a systemic and orchestrated  mass violence  against  the Christian Adivasi and Dalit communities of Odisha’s Kandhamal district. The violence claimed more than 100 lives and displaced around 56,000 people. Rape, pillage and murder occurred; 5,600 homes destroyed, and about  360 big and small churches were attacked.

Most victims are not yet compensated and the main players behind the violence were not brought to book.

A study conducted by Supreme Court Advocate Vrinda Grover and Law Professor Saumya Uma found the conviction rate to be as low as 5.13 percent of the cases brought to court. It was a mere 1 percent of the reports made to the police by the victims and survivors. 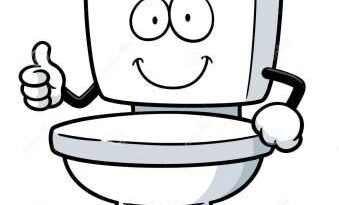 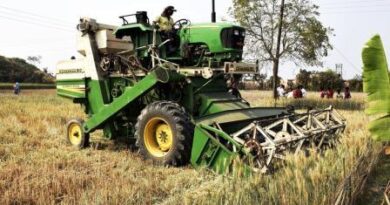 Wheat under Deadly Attack in Bengal