Since the beginning of humankind, the urge to evolve and develop has been innate to the humans. In the 21st century, the Indian Government is determined to make a mark in the field of Autonomous vehicles and Unmanned Aerial Vehicles ( UAV ).

What are Autonomous Vehicles?

Where is India globally in this field

According to KPMG’s 2020 Autonomous Vehicle Readiness Index, India ranks 29th out of 30 countries in the list.

To climb up this ladder and achieve a respected position, the Indian Government has launched programmes for the advancement of Autonomous Vehicles and UAVs.

Currently several nations are in hurry to harness the power of Autonomous Vehicles for the advancement of their military. China already has Autonomous underwater gliders, and the U.S. has made rapid advances in this field, and have given some exposure to their technologies and systems that India wishes to pursue.

It has the facilities for the research ground to investigate and test the functioning of unmanned vehicles in a controlled environment, by replicating different scenarios, ranging from frequently occurring to extreme cases that may ensue in real-life traffic operations.

Rustom-2, now called TAPAS BH-201, is going to be India’s first indigenously built unmanned combat aerial vehicle (UCAV) and has an operational range of 1000 km, with a payload capacity of 350 kg.

The aerial vehicle is currently in development and is aimed to perform intelligence gathering, surveillance. It will be used by Air force, Navy and Land Army as well.

Under the Rustom project Rustom 2 UAV is the newest edition, although Rustom 1 UAV and Rustom H UAV are also there.

Unmanned Underwater vehicles for the Navy

L&T is also developing a number of Autonomous Underwater Vehicles(AUVs), L&T displayed the Amogh, Adamya & the Maya AUVs in DefExpo 2020.

There is an ambitious target to achieve 6-7 million sales of hybrid and electric vehicles year on year from 2020 onwards.

Government aims to provide fiscal and monetary incentives to kick start this nascent technology. The Government plans to give incentives to buyers of these hybrid and electric vehicles by providing monetary support.

It is estimated that in 2020, the total new vehicle sales of 6-7 million xEVs will result in total liquid fuel savings. The Indian Government has taken this initiative because it has the potential to bring about a transformational paradigm shift in the automotive and transportation industry in the country.

ARAI and Cognizant Technology has collaborated to develop India’s first indigenous autonomous car prototype. Automotive Research Association of India (ARAI), established in 1966, is the leading automotive R&D organization of the country set up by the Automotive Industry with the Government of India. 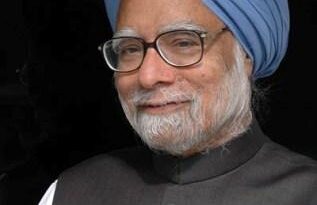 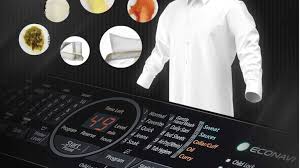