The Bharat Jodo Yatra (March to unify India) is a “tapasya” (spiritual journey) to seek the soul of India at a time of grave crisis, says Rahul Gandhi, who leads the Kanniyakumari to Kashmir march, covering 3,570 kilometers. Gandhi is from  the Indian National Congress party.

Gandhi said this while interacting with leaders of around 45 civil society groups and intellectuals on Sunday, October 30,  in Hyderabad, capital of Telangana state. Gandhi  reached the city on the 55th day of the ‘yatra’ or march.

The ongoing 150-day mass movement where participants walk (padayatra) began September 7 from Tamil Nadu’s Kanniyakumari, the southernmost tip of the peninsula, and it has so far covered, Kerala, Karnataka, Andhra Pradesh, and now Telangana.

The yatra’s the objective of knitting the country together against hatred and divisions has been supported by a large number of independent civil society groups, academics and human rights defenders across religions and castes all over the country.

The interactive session in Hyderabad addressed a wide range of issues such as the reasons for undertaking the yatra, the state of democratic institutions in the country and the economic model in the so-called ‘Modi era’.

Calling the yatra “a tapasya,” Gandhi lamented that every democratic, vigilance and security institution in the country has been converted into ideological instruments to serve exclusive sections.

On the economic front the large scale extraction of wealth from ordinary citizens has been happening,  to the advantage of a few. He warned that unless urgent corrective measures are taken in the spirit of the Constitution, the country is heading for large scale unrest.

Coercive forces both  the state and of private players are in place to quell the signs of  dissatisfaction and dissent. If these are not stopped in their tracks, ordinary people are  bound for immense suffering, he said.

Gandhi called attention to the large scale migration  taking place from impoverished rural areas to cities that have no adequate production capacities to absorb them. These migrants are lured into lumpen activities  serving a political purpose.

The way to overcome the crisis, Gandhi explained, is by people organizing themselves to resist and offer alternatives. He quoted the farmers strike as an excellent example of how people can organize. In fact those in power have feet of clay, he said, as their response to the strike manifested.

He talked about his own personal as well as the party’s commitment to an inclusive India where all can feel at home and participate in its progress.

The civil society groups put forward several suggestions to save India’s democracy and its institutions such as stressing the responsibility of political parties to educate the masses and organize protests against the trend, effective use of the mass media, social media and alternative media, galvanizing the youth, freeing the media from the clutches of corporates and right-wing groups and withdrawal of draconian laws that target human rights defenders, ordinary citizens and opposition parties.

Among those who participated in the interaction were Shantha Sinha, first chairperson of the National Child Rights Protection Commission, G. Vinod, dean of the Law faculty, Osmania University, Susie Tharoor, a writer, and Meera Sanghamitra of the National Alliance of People’s Movements.

In reply to Ram Manohar Reddy, former editor of the Economic and Political Weekly, Gandhi said, the hate mongering against Dalits, Tribals and minorities now seen in the country is not a hallucination but the reality.

“This has to be countered with the antidote of Bharat Jodo (Unite India),” the Congress leader added. 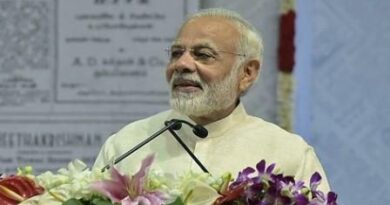 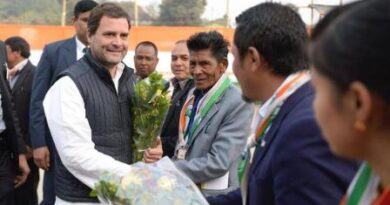 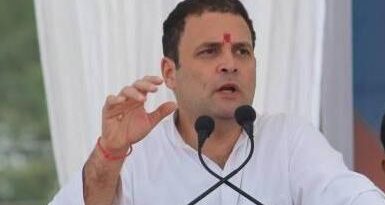 Violence within the country has shamed us: Rahul Gandhi