UP Ambulances back on road 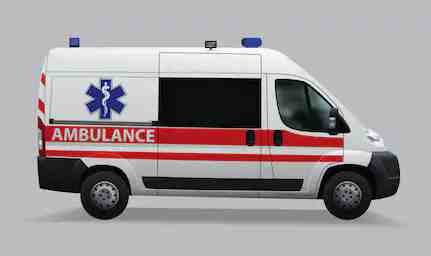 Lucknow: In the midst of the covid-19 controversies, a Press trust of India report from Uttar Pradesh mentioned a lightning strike by the state’s ambulance drivers.

The association of ambulance employees in Uttar Pradesh has called off their strike following negotiations with the administration over their demands for timely wages and protective gear to guard against coronavirus.

Hanuman Pandey, a senior office bearers of the drivers’ body, said they went on strike on Tuesday (31st march) afternoon but it was called off in the night following ‘negotiations’.

“The strike call given by the drivers of the 102 and 108 ambulance service has been called off. The strike was called off late last night itself following negotiations with the CMO and officials of Lucknow district administration,” he said.

He added, “We have been assured that we will get personal protection gear while discharging our duties. Our main demand was that our salaries, which are pending for two months be paid to us. One month’s salary was paid to us yesterday, and the salary for the month of March will be paid to us on April 8.”

The Uttar Pradesh government had said on Tuesday that salaries of drivers of 102, 108 ambulance service or any other workers whose salaries or honorarium are held up, be paid soon.

“Work has already started to redress the problems of the ambulance service drivers. They have been told that their problems will be resolved at the earliest, and their interests will be looked into,” Additional Chief Secretary (Home) Awanish Awasthi said .

“This is an emergency situation, and going on a strike at this juncture is illegal. The issue has been resolved,” he had said.