It was on Aug 11 that a heinous crime took place to a boy merely 16 years old. Difficult to say, that it is fortunate or unfortunate, that the boy ( Nitish Kumar ) died today after going through unbearable suffering for more than 40 days.

Who would have thought that one morning would turn out to be so bad, as it did on 11 August while Nitish was returning home, probably without any thought of danger, and was thrown liquid which burnt his skin to such extent that there was not enough skin left on his body, which doctors can operate on to save the boy.

What is even more saddening is that this news didn’t even find place in any mainstream newspaper or tv channel. The media remained silent, and kept a closed eye towards this crime. Usually Media is at the forefront to enable justice with whom unjust act has happened, but why isn’t Nitish’s case being raised, doesn’t he deserve justice?

Death shall not conquer

“One short sleep past, we wake eternally And death shall be no more; Death, thou shalt die” – (John Donne, Death be not Proud). We pray and believe that Nitish died only to wake eternally, and death itself has died. As also the Bible says, that those who believe in Christ shall not perish but have eternal life.

Nitish and his family were Hindus, but after witnessing miracles in their life through Christ, the family adopted Christianity, and became ardent followers 2 years back. The reason behind the criminal acid throwing incident is suspected to be this conversion. There had been threats from villagers to the people who followed Christianity, and Nitish became victim of this fanatical outrage towards other religion ( Christianity ).

Nitish and his brothers loved Christ, which was reflected through their actions and the family was also doing well since they started going to Church and together worshipped the Lord.

Even after facing oppression from the villagers Nitish and his family continued in their faith, which unfortunately aggravated to an incident which none could have thought of, even in a nightmare. But we believe that even though Nitish’s body was burnt, his soul shines in rest with the Lord in heaven.

We pray for Nitish’s family and other villagers who’ve been following Christ, that Lord to protect them and let them find refuge under his protective wings.

The opinions expressed in Vox Pop are entirely those of the writers, and are not necessarily those of Newsnet One, Its Editor or Staff. 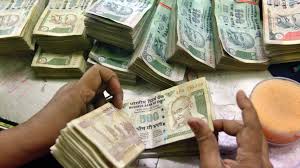 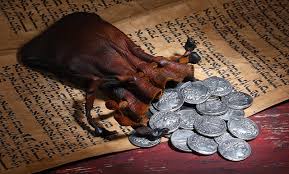 Kerala Church allows poor to Help Themselves to Cash

PIL against ‘commercialization’ of Cemetry

One thought on “Requiem for Nitish”